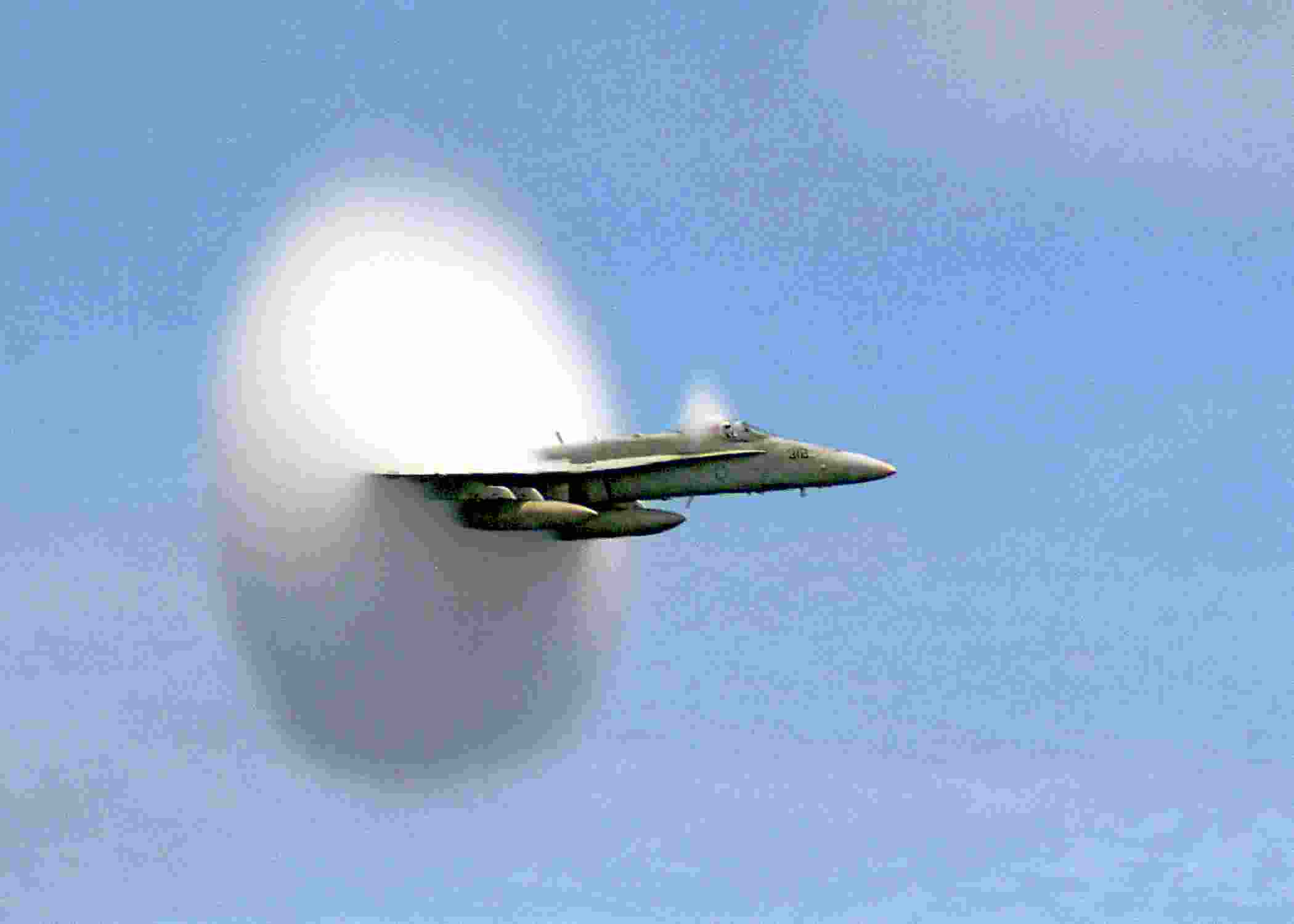 The Sound Barrier and my sixtieth birthday

Approaching my sixtieth birthday feels like approaching the sound barrier. You remember the sound barrier? When British test pilot Sir Geoffrey DeHavilland reached Mach point nine, just a little short of it, he experienced severe buffeting. His controls went slack. He spiraled to earth. In the 40s and 50s, the sound barrier lurked at about 750 miles an hour - an invisible monster waiting to eat aviators. I'm 59, and that's how I feel approaching 60. I hear the beat of great wings. Invisible. Deadly.

Well, OK. We all feel the Angel of Death from time to time. What's so special about my 60 th birthday? And the sound barrier - what's that all about? Bear with me. Think about what the barrier is. Here's how an aeronautical physicist from Princeton once explained it:

Imagine you're walking and that at the same time you're singing a song, he told me. The notes of the song spread out in a circle around you at the speed of sound. Now imagine you're riding in a car, and you speed up. Behind you, the waves are further apart because you're moving away from them. But ahead of you they're closer together because you're approaching them. If you accelerate as fast as the sound waves, they pile up in front of you. Sound waves are infinitesimal pressure disturbances, but when you stack a batch of them up, they become finite. They become a shock wave.

A shock wave. Modern cameras have photographed them  a vee shaped wake like a boat's streaming off airplanes at mach one. That's the barrier  the accumulated sound of our own approach.

The professor's analogy helps me see what's causing all this emotional buffeting. As I approach sixty I'm catching up to my own song - all my stories accumulating, all those fantasies which, as I moved through life, seemed to either come true or drop away. But if the professor is correct, they may be right there - up ahead of me.

When we're young, we sing about who we'll be. All our songs seem possible. Along the way, of course, we choose. Looking back, I think I've made the right choices. I'm content. But looking forward, I see all those choices churning ahead of me  gathering against me in a way that I cannot explain. I can only conjure what the professor told me. Speeding toward sixty, my songs form an emotional shock wave which I must cross to enter the eerie world of supersonic aviators  that smooth zone of silence in which I'll be accompanied by only the sound of my breathing.

There's one other thing I should tell you. My father died as he approached his own zone of silence. At age 59. Can I outlive him? The one who seemed so godlike. So wise. The one who left waves that still curl over my own. For all these years, I have followed in his song wake, comforted and challenged by it. Now, the notes of his song gather too. I feel their buffeting as the days go by. Silly isn't it? I know there's nothing dangerous up there. I know that my song - and his - are my blessings. I know all that .

But still, if a song can bring down sturdy airplanes, I cannot escape imagining what it might do to me.