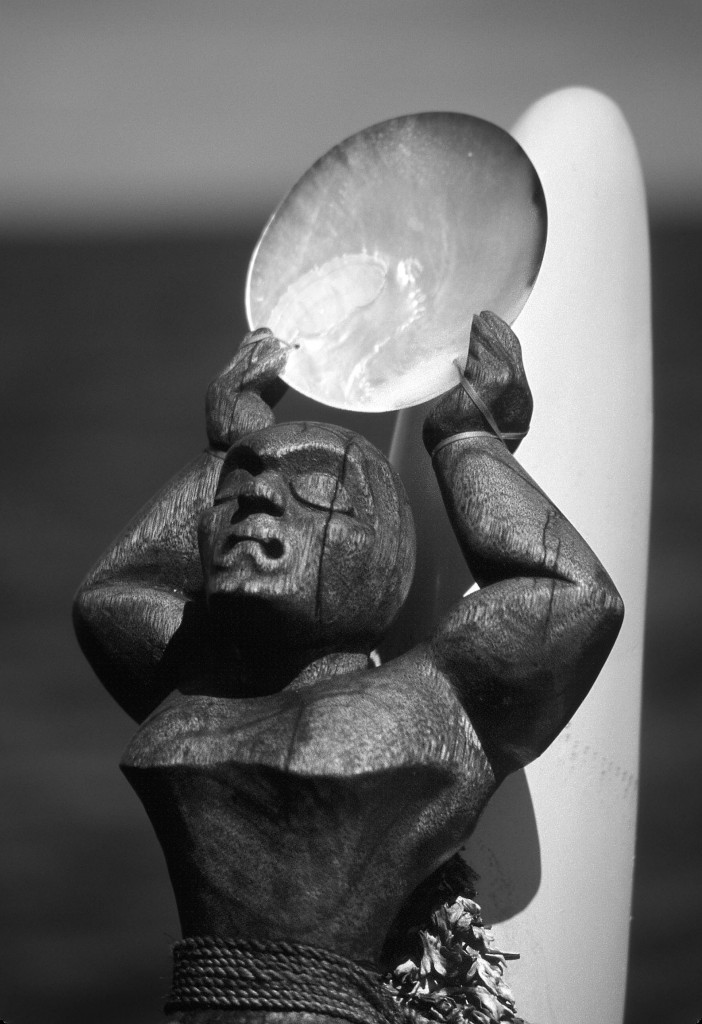 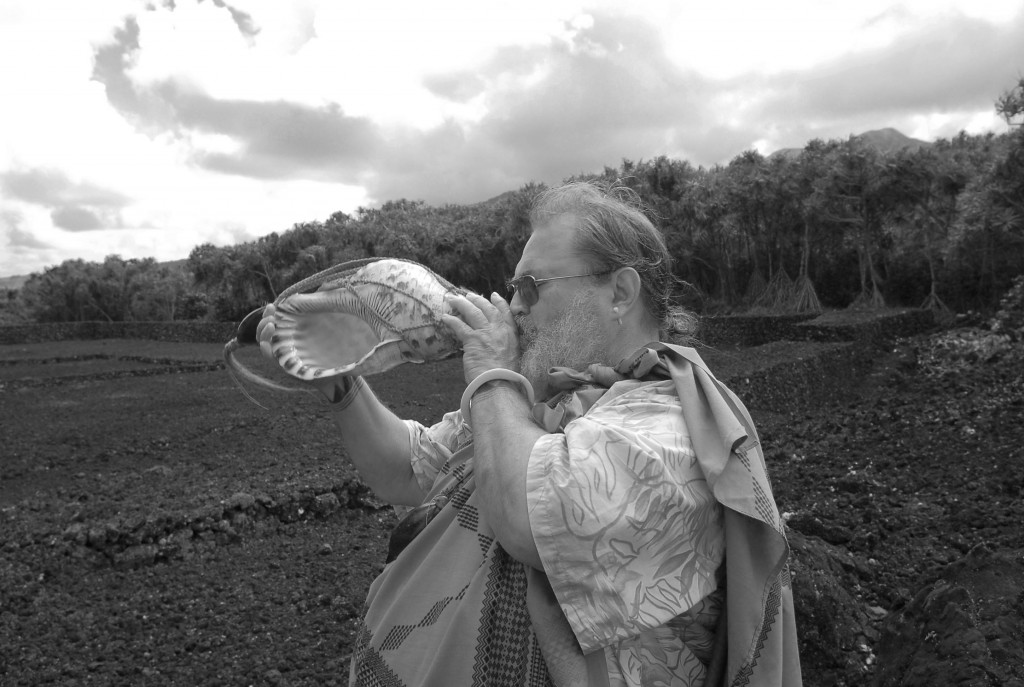 Sam Ka’ai was brought up in Kaupo, an old district of Hawaiian homesteads in rural East Maui. Until 1938, there was no road to Kaupo. When they finally put one in, Sam’s father and stepfather worked on it. His family raised pigs and cattle. They fished. They grew papaya, avocado and peanuts. They made okolehao, liquor distilled from ti root. “We grew our own food,” Sam remembers, “so we didn’t know there was a depression going on. We had little need for money. We made our own pipes for smoking. A pipe bought in a store was called ‘a lazy man’s pipe.’” Sam’s father and grandfather made canoes. Sam continued in this tradition, although as a carver of fine sculpture. He used adzes that came down to him from his ancestors. They were fashioned a century or so ago.

Herb Kane traveled to each island to introduce the concept of the voyage, taking the Hawaiian pulse at each encounter. In 1973, Sam Ka’ai went to Maui Community College to listen to Herb talk about Hokule’a. When the talk was over, Sam stood up holding a copy of Honolulu Magazine and pointed to a picture of the canoe. He spoke to Herb in Hawaiian. Herb said “speak English please.”

“We cannot participate in the making of your canoe because it’s going to be in Oahu, so maybe we can make some small part,” Sam said. “In the picture, there are two ki’is (sculpted figures) on the two manus – the two stern pieces of your canoe. Have they been made yet? If not, I will do it.”

It was a busy meeting so Sam gave Herb his address and left. A few days later, a letter arrived from Herb: “if you come from a canoe family, please dream and make your own design for the ki’is.”

Sam carved two ki’is – a man and a woman. The female figure would be lashed to the port manu, the male ki’i to the starboard. When Sam carved the male figure he fashioned his hands reaching up to the heavens in supplication.

“This is an effigy of how we are after so many years of oppression,” Sam explains. “Blind to our past, we reach up to grasp heaven one more time. The same stars are rising at the same time as they did for our fathers for many, many generations. So if you lose your way – if you cannot find your way – remember that you once sailed on your mother’s lap and you were never lost. The stars turned minute by minute, hour by hour, dawn and dusk and you always came home or your kind wouldn’t be here. So you were never lost. This is an effigy of the Hokule’a experience – the ohana wa’a, the family of the canoe. He is reaching above himself, beyond himself, to the story that has not changed, the forever and ever story, the olelo, olelo, olelo – down the corridor of time – the lei of bones. He is showing that we are taking hold of the old story once again.”