The Doldrums and Na’au – Nainoa Thompson 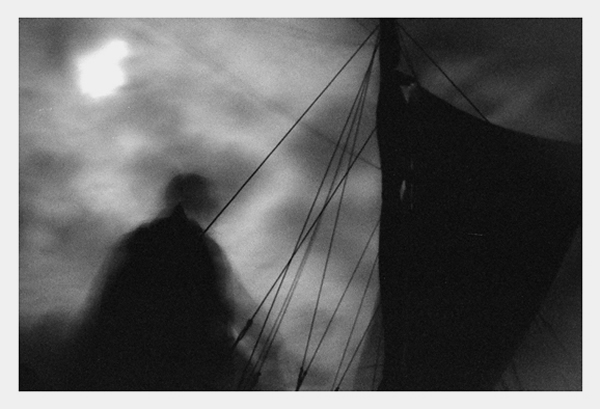 The Doldrums and Na’au
March 15, 1980
by Sam Low
Monte Costa photograph
Thirty years ago, Nainoa set out on his first voyage as navigator.

In 1980, after training for three years with Will Kyselka and Mau Piailug, Nainoa boarded Hokule’a as the first Hawaiian navigator in centuries to set out for Tahiti. In spite of all his preparation, he struggled with deep anxieties about the voyage. He felt responsible for the safety of his crew. He felt the weight of constant public scrutiny – of television cameras and news interviews. Mau had lived with the sea and the stars all his life, how could he expect to emulate even a part of his genius? And in the midst of a renaissance of pride among Polynesians, his success – or failure – took on new dimensions.

“I was afraid every day that I was in Hilo waiting to go. I constantly rehearsed everything that could go wrong – instead of focusing on how to make it work. I felt responsible for the crew’s safety and also for the whole public arena, for doing well.”

“The day we finally left the Hilo breakwater stands out powerfully in my mind, because all of a sudden I felt much better. Now I focused on making the journey, not worrying about it. But I was still worried about staying awake. Mau never sleeps at sea. He can stay up all night, for weeks on end. I thought, “how in the world am I going to do that?” Not sleeping was part of Mau’s magic, not part of mine.”

“Mau told me that the mind doesn’t need much rest, but the physical body does. So when the navigator is on the canoe, the crew does the physical work. ‘When you are tired,’ he said, ‘you close your eyes.’ He told me that even though his eyes were closed, he is always awake in his heart. And when I sailed with him, I saw that was true. Preparing for the voyage, I tried to figure out how Mau stayed awake. I forced myself to stay up for a day or so but then I collapsed. I couldn’t do it. So when we left Hilo I felt like I was voyaging both into an unknown ocean and into unknown regions of my own potential.”

“It was ten thirty at night. Tumor was rising, Maui’s fishhook. I thought, “it’s pretty late and I had better get some rest or I will be a basket case tomorrow.”

“I lay down and closed my eyes. I thought, ‘how stupid you are. You are not prepared to go to sleep. You cannot sleep.’ So I got up and from then on I slept only two to three hours a day. When I became so exhausted that I couldn’t think, I lay down. I slept until I dreamed. Then I got up. I slept maybe ten or fifteen minutes at a time and that was enough. My mind was refreshed. I learned to do that for a month. It was a whole new reality.”

As the voyage progressed and Hokule’a neared the equator, Nainoa worried about what would happen when the canoe entered the doldrums where hot air ascends from a three hundred mile wide belt of ocean. Here the constant northeast trades winds die off to be replaced by long periods of calm, followed by severe buffeting squalls, then windless days once more. It’s a navigator’s nightmare. Which way is the current taking me? How fast? From what direction did the wind blow in that last squall? In what direction did it push us? How far? Where am I?

“I dreaded the doldrums. I had no confidence that I could get through it. I thought that I could only accurately navigate if I had visual celestial clues, and that when I got into the doldrums there would be a hundred percent cloud cover. I would be blind. And that’s what happened. When we arrived n the doldrums, the sky went black. It was solid rain. The wind was strong – about 25 knots – and it was switching around. We were moving fast. That’s the worst thing that can happen – you are going fast and you don’t know where you’re going. I couldn’t tell the steersmen where to steer. I was very, very tense. I knew that I had to avoid fatigue – I couldn’t allow myself to get physically tense. But I couldn’t help it. I just couldn’t stop myself.”

“I was so exhausted that I backed up against the rail to rest. Then something strange happened. When I gave up fighting to find a clue in the sky and I settled down, then, all of a sudden, a warmth came over me. All of a sudden, I knew where the moon was. But I couldn’t see the moon – it was so black.”

“The feeling of warmth and the image of the moon gave me a strong sense of confidence. I knew where to go. I directed the canoe on a new course and then – just for a moment – there was a hole in the clouds and the light of the moon shone through – just where I expected it to be. I can’t explain it, but that was one of the most precious moments in all my sailing experience. I realized there was a deep connection between something in my abilities and my senses that goes beyond the analytical, beyond seeing with my eyes. It was something very deep inside. And now I seek out those experiences. I can’t always do it. I have to be in the right frame of mind. I can’t conjure up those experiences consciously. But they are coming more often now. It just happens. I don’t want to analyze it too much. I just want to make it happen more often.”

“Before that happened, I tended to rely totally on math and science because it was so much easier to explain things that way. I didn’t know how to trust my instincts. My instincts were not trained enough to be trusted. Now I know that there are certain levels of navigation that are realms of the spirit. Hawaiians call it na’au – knowing through your instincts, your feelings, rather than your mind, your intellect.